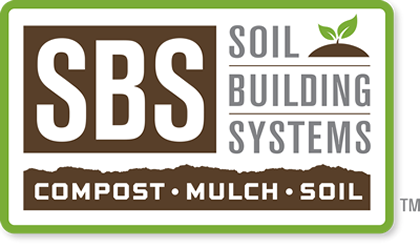 Soil Building Systems began in 1972, with its headquarters in Dallas. Rather than rushing to market to sell products, SBS spent considerable time and resources on R&D. After consistent and desirable results were obtained, SBS was open for business.

Many of the lessons learned during this initial research period were in fact contrary to the common wisdom of the day. Interestingly, as the years passed, many of the early concepts conveyed by SBS were eventually adopted within the compost industry.

Over the years, SBS witnessed countless composting companies come and go. SBS weathered the storms by staying true to its original objective - producing only quality products. This guiding principal allowed SBS to endure the test of time. Likewise, conscientious landscapers came to realize that the performance of the installed plants was totally dependent upon the quality of the surrounding soil. Furthermore, the success and survival of the landscapers’ business would eventually hinge on this same realization.

As the years went on, SBS had many satellite locations around North Texas, including composting yards in Boyce, Talty, Howard, Roundrock, Five Points, Grifith Switch, and Hillsboro.

In 1993 SBS opened its current and main processing center in Dallas. This new location allowed SBS to better serve the landscaping community in and around the Metroplex. Since that time, additional landscape architects and quality conscious landscapers have found SBS by word of mouth. As a result, SBS has steadily grown and expanded. Through the 1990’s and into the new millennium, SBS’s reputation for delivering quality and results has continued to gain momentum. As evidence of this, when landscapers are doing work at their own home, they consistently buy from SBS – this is a powerful testament to SBS’s true success.

For years SBS has been the best-kept secret in the landscaping community. SBS is now increasing its scope by introducing a wider array of products and services, and raising its visibility to a broader audience. The principles and quality products that got SBS to where it is today will continue to guide it into the future.